Jeroen Hiemstra, born in Amsterdam, was given his first camera when he was eight years old. At age eleven he moved to Japan where he was influenced even more by Japanese photography and camera technology. After graduating from highschool in Tokyo he studied at the University of Leiden. Early on he decided to become a professional photographer, from age eight his camera was always by his side. He is passionate about his job, on location or in his own studio in Noordwijk. Do you also want to be enthused by his passion? Call or e-mail him. 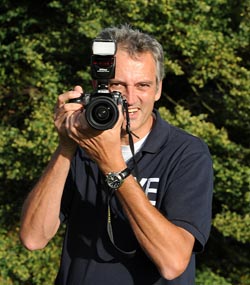